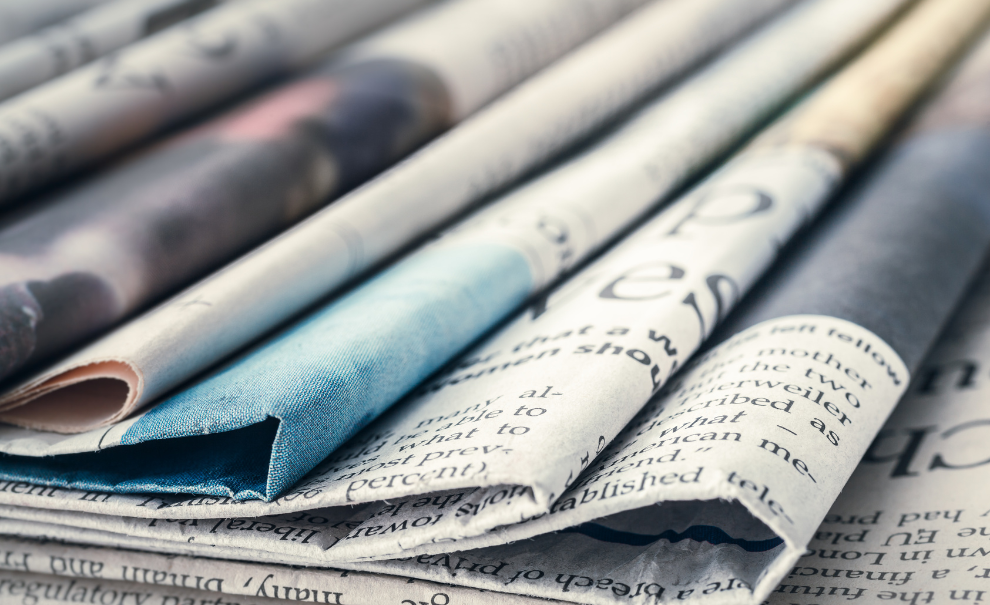 Many people are surprised to learn that they can access old copies of the Westerly Sun on microfilm here at the library. When I say “old”, I mean it…our collection dates back to 1858, back when it was called the Narragansett Weekly! The microfilm is popular with researchers and journalists, but it gets plenty of attention from those who are simply interested in seeing what was going on in their neck of the woods 20, 30, or 200 years ago. I decided to do a bit of my own digging this week, to see what was in the news on November 7th in years past.

Completely unsurprisingly, many of the top headlines on this date revolved around politics, just as they do today (get out there and VOTE tomorrow!). The earliest paper I looked at was a copy of the Narragansett Weekly dated November 8th 1860, which reported on “Abraham Lincoln of Illinois’” victory, noting that “[t]he New England states went in a body for them.” A paper from 1905 declared that “[T]he weather is all that could be desired for Election Day”, and that 845 ballots had been cast in Westerly by 1:30pm. In fact, high voter turnout was a recurring theme: in 1944 the Sun reported that they expected record numbers of voters, but long lines formed when two of the poll machines broke down. In 1968, the papers predicted that a whopping 85% of all registered voters in Rhode Island were expected to vote.

Some years were less politically arousing. On Election Day in 1909, for instance, the paper was preoccupied with former Vice President Charles W. Fairbanks’ facial hair. Or, rather, lack thereof. Judging by the length and detail of the article, folks were pretty invested in Fairbanks moustache (I looked up pictures, and it was, inarguably, impressive). It ended on a hopeful note: "While the photographs are too small to give a clear idea of Fairbanks long-concealed chin, it appear to be firm and well-formed and worthy of exhibition to the world". Thank goodness.

Looking through old papers made it very clear how much times have changed over the years, but I found some remarks surprisingly relatable. An 1860 letter to the editor quipped that “physicians prescriptions are often as difficult to decipher as ancient hieroglyphics" - an eye roll-worthy joke today, but it was probably cutting-edge back then!  If you have a family member who works for Electric Boat, you may appreciate this 1976 advertisement: “If you wish to solve your carpool problem to EB on the 8-4:30 p.m. shift, call 599-xxxx".

A fun one to end on: on November 6th, 1879, this was a bit of front-page news: "CAPT JENKS, the depot cat, made a visit to Stonington Monday night of this week, going over in a locked car on the way freight train, and returning the next morning in like manner. He will soon win the title of the Great Cat Traveler". Cat humor, my favorite.